Eating round the world for 20 days in lockdown, day 18 Morocco 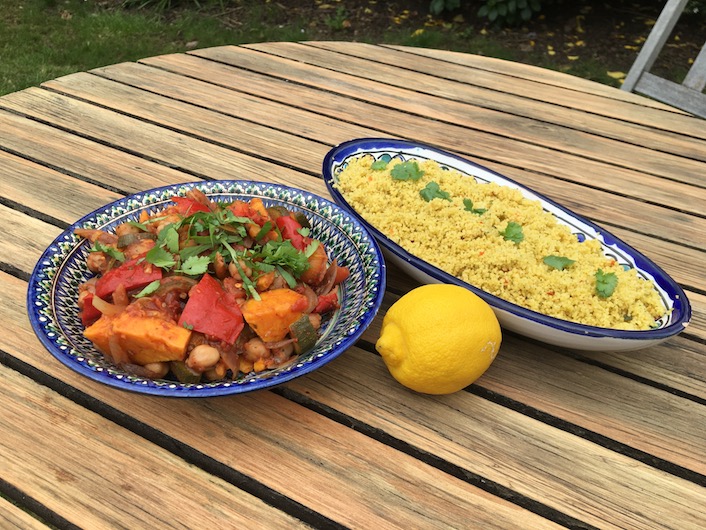 The combination of chickpeas and cinnamon evokes the taste of Morocco, a country situated in the north west of Africa, about the same size as California. The capital city is Rabat, but the largest city is Casablanca with over 4 million residents. Is it time to watch  the 1942 film named after Casablanca? This recipe had 1 x aubergine (I replaced it with 2 carrots), feel free to add the aubergine back in and remove the carrots! Aubergine is one of the few vegetables I am not keen on. If you can’t buy an ingredient just swap it for something else. I have added in the cinnamon to this recipe. I will be using lazy pre chopped garlic rather than fresh garlic because I don’t have any fresh garlic cloves. 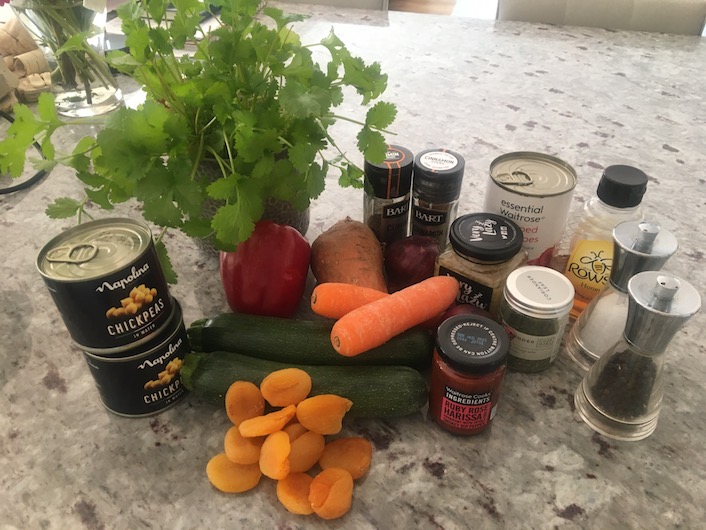 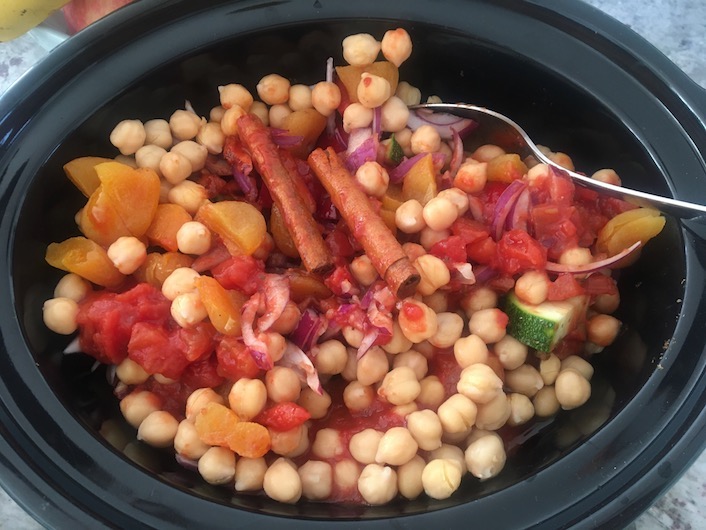